“Art is too important not to share!” – says Brazilian artist Romero Britto. We and contemporary artists completely agree with him. The world is changing, and art is in a state of flux too. The new century gave birth to a lot of digital artists, street artists, painters, 3D animators, crypto artists, to name a few. Most of them share their art online, including featuring it on Instagram. Art galleries are not the only place anymore where you can admire the paintings and installations. Social media have added to them.

We have compiled a list of 25 best art influencers on Instagram and dive into the amazing world of hues, animations, and new visions.

All people featured in this article keep the world of creativity turning every day, therefore, they are definitely worthy of your attention!

Top 15 art influencers on Instagram you should start following

Without further ADO. Let’s get down to meet the most inspiring artists who have a great army of followers on Instagram.

Bansky is opening the list of art Instagram accounts. It just couldn’t be otherwise. Banksy is an anonymous artist with millions of followers on Instagram, and, perhaps, milliards of fans all over the globe. He has been an outstanding graffiti artist for more than 20 years. This street artist has drawn attention to himself with ironic graphic comments on the topic of the day that made him an important person in the world of contemporary art. “Balloon Girl”, “Love Rat”, “There Is Always Hope”, and many more are masterpieces created by Bansky.

Being famous for the audacious stunts, he always manages to impress and excite people. His artwork “Balloon Girl” shredded after it had been sold at Sotheby’s in London for more than 1 million pounds.


Brian Donnelly aka KAWS is one of the most famous and sought-after contemporary artists. He gave a fresh take on pop art and filled the world with a particular creative spirit.

After graduation from the School of Visual Arts in New York, Brian worked at Disney as a freelance animator. At that time, he was also embellishing the city (booths, public transport, billboards) with his graffiti.

The distinguishing feature of KAWS artworks is the usage of the letter “X” on the hands and eyes of his artworks. This means you will recognize his creations from a thousand.

He exhibits in the world’s best galleries, makes illustrations that adorn clothing and footwear of international brands, creates and inspires millions of people. KAWS is a true art influencer you should follow on Instagram!


At least once in your life, you should have seen the comics created by this artist. Yes, I mean those comics with a pinch of black humor, but which talk about serious social problems. Joan Cornellà is a creator behind them. In addition, he is a professional artist, whose illustrations adorned well-known magazines. Joan won prizes in competitions, collaborated with various media and companies. In addition to painting and graphics, Renato was also engaged in animation.

Joan’s ironic comics have gained reverberating fame on Instagram, and people look forward to seeing new ones. Will you take a look?


Kode Abdo, aka BossLogic, is a graphic designer and digital artist from Australia. He found his passion for art in childhood, and he always knew that this was his calling. So it was. Being famous for cool illustrations and posters, BossLogic has made a lot of artworks including comic book covers, official movie posters for Marvel Studios and Disney.

The official art with the characters and the poster for the promotion of the comic blockbuster “Avengers: Endgame” was created by Bosslogic.

In addition, he is also a renowned NFT artist who has been actively conquering this universe. One of his artworks “Through The Rain” has been recently sold for 40 thousand dollars.

Join the army of his fans, and follow a very talented person as well as the owner of one of the best art Instagram accounts!


He is one of the most famous contemporary Japanese artists who serves as inspiration for many artists and people from other areas. He created the cover for Kanye West’s album as well as colorful prints on Louis Vuitton bags. This is a prominent artist, designer, and sculptor – Takashi Murakami. His artworks reflect Japan’s pop culture scene that is blended with the country’s more traditional art forms. Takashi skillfully paraphrases classical Japanese culture in a modern way.

Takashi Murakami knows how to thrill the viewer and totally capture him. This concerns everything from exhibitions to social media publications.

Apart from his offline exposure, Takashi is one of the top Instagram artists you should definitely check out!


Having several million followers, Beeple is the artist that our list would be incomplete without. Mike Winkelmann aka Beeple is a graphic designer, animator, digital and crypto artist. There are short films, Creative Commons VJ loops, and VR / AR work among his creations. One of the hallmarks of his art is that it is almost always dedicated to current political and social topics with references to the phenomena of pop culture.
When it comes to crypto art, Beeple is the sensation. He sold his “Everydays – The First 5000 Days” piece of art for $69.3m that made him one of the most successful artists in the NFT space.


Shepard Fairey aka Obey Giant is an icon of street art, designer, and founder of the OBEY clothing brand. He is also the creator of the unofficial symbol of Barack Obama’s first campaign, the designer of Time covers, and the artist who created the “André the Giant Has a Posse” sticker campaign. Shepard Fairey is a really outstanding artist who contributed to a shift in people’s perception of the world around them.

He deservedly takes his place among the most inspiring artists of all time.


Christoph Niemann is a graphic designer, illustrator, animator, and author. We could have avoided this enumeration, and told “a visual storyteller” – the artist describes himself this way on Instagram BIO. Since 1999, his illustrations have adorned the covers of The New Yorker, Time, Wired, The New York Times Magazine, American Illustration, etc. He also contributed to advertising campaigns for Nike, Microsoft, The Royal Mail, MoMA, Amtrak, etc.

In one of the interviews, Christoph said: “In my opinion, it is very tempting to think that if you are a creative person, then you just sit and create. Most of the work is drawing for hours every day”. Christoph Niemann is a fine example to state that hard work pays off, and a person who should appear in your “Following” list on Instagram.


Jean Jullien is a French illustrator and graphic designer. His illustrations are always topical, reflecting the current events and trends in the world.

When it comes to social media, Jean often creates ironic illustrations focusing on people’s dependence on them. However, his followers on Instagram adore the pics, sharing, liking, and saving them. If there was an award for the best art Instagram, Jean Jullien could easily win it! Have you already started following him?


Does that name “Thierry Guetta” tell you anything? And what about “Mr. Brainwash”? I’m sure that art enthusiasts know who we are going to talk about. Mr. Brainwash is a world-famous street artist and documentary filmmaker. He has been collaborating with Banksy and Shepard Fairey for years. A famous documentary “Exit Through the Gift Shop” where the main character is trying to find Bansky and make friends with him was shot by Thierry Guetta.

Throughout his work, Mr. Brainwash is guided by the idea that “Art has no walls. Anybody can be an artist,” or “Art has no rules. There’s no manual.” Follow this creative mind on Instagram, if you share his approach to art, and want to stay in the loop with his new creations.


Felipe Pantone is one more representative of the contemporary artists community. He started as a graffiti artist but at present, his installations are exhibited in museums and public spaces around the world.

Felipe has never shown his face. However, his artworks can be easily recognized from a thousand. Technology is the key element in his creations. Using bold colors, geometric patterns, and op-art elements, the artist transforms graphics into three-dimensional illusions.


Andreas Wannerstedt is a Stockholm-based digital artist, designer, and art director. He is famous for 3D sculptures and hypnotic looping animations. Throughout his professional path, Andreas has collaborated with Adidas, Ikea, Coca-Cola, Spotify, Absolut Vodka, Red Bull, Google, and other international brands.

Most of his artworks are based on reality and inspired by nature, and stand out by unexpected surreal or abstract facets.

Andreas Wannerstedt is also a crypto artist who has already made a name in the world of NFT.

If you want to dive into a mesmerizing world of forms, colours, and animation, check his Instagram account.


The streets of many cities all over the globe are adorned with artworks created by Okuda San Miguel. The geometric structures and vibrant patterns are the distinctive features of his murals and sculptures. Okuda has been colouring the world for many years. He has adorned Faro de Ajo lighthouse, painted Kaos Temple, wheelchair, as well as many other places and objects. In addition, Okuda is a very funny and nice person.

Skilfully blending art and social media, Okuda has become a prominent figure among the most famous Instagram artists. Follow this guy on Instagram, add more colour to your life!


Dean Stockton aka D*Face has been interested in graffiti since childhood. This is exactly the case when a children’s hobby turned into lifework. At present, D*Face is a famous urban artist, who uses spray paint, stickers, posters, and stencils to create his masterpieces. Dean’s artworks can be found across the globe.

He is also one of the NFT artists who boldly wins over more and more hearts with his NFT artworks. Follow him on Instagram where he gladdens his fans with new creations on a regular basis.


The creative graffiti duo PichiAvo is the most prominent street artist of Valencia who gained worldwide recognition. Two artists breathe in modern trends into classical Roman and Greek art and get an amazing result in the form of murals. The key idea of their art is to break the usual clichés and show the harmony of the fusion of classical art and graffiti art. They want to show that it can really look organic and evoke new emotions, opens new senses.

The duo also has one of the best art Instagram accounts. Will you check?

Other popular artists on Instagram worthy of your attention

Now you know the best creators in the art industry who have much influence both on social media and in the world. If you haven’t checked anyone on Instagram yet, believe me, all the artists are impressive. Take my word for it but also necessarily check them ASAP. The WOW effect is guaranteed! 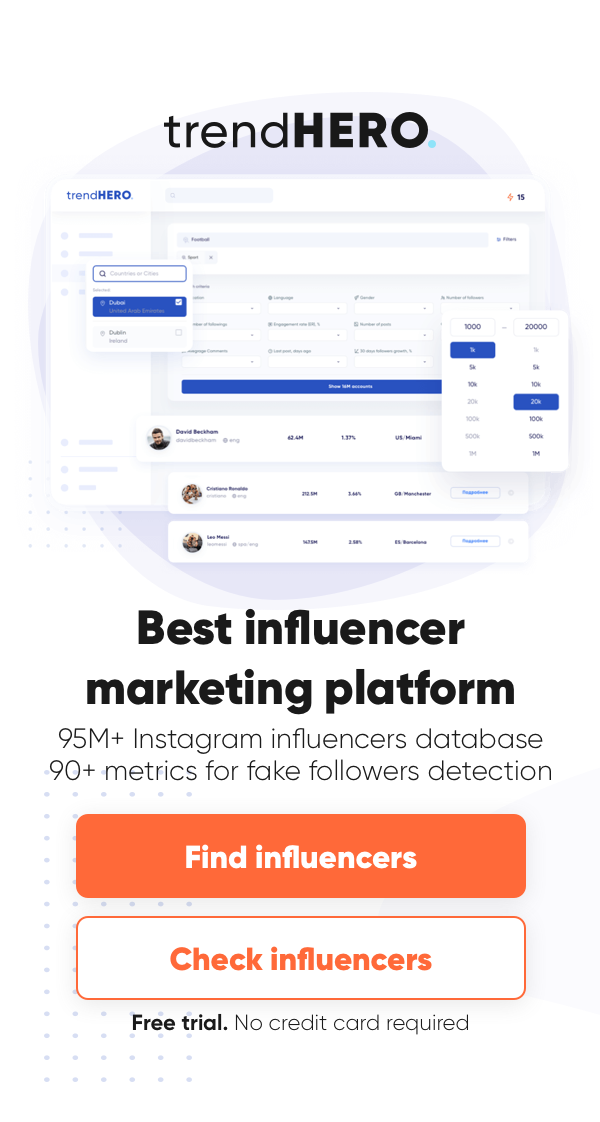 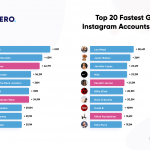 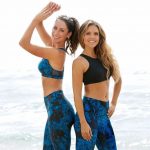 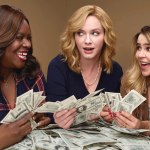 What are the Highest-Paid Influencers in 2021? 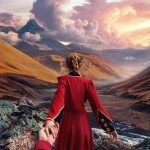 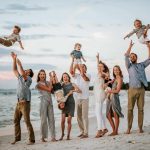 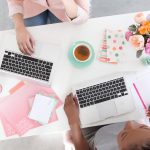